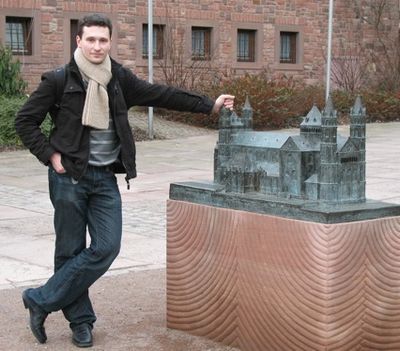 Dr. Vadim Zaytsev, also known in the social media as @grammarware, is a lecturer and a coordinator of the Software Engineering Master of Science programme at the Universiteit van Amsterdam (UvA) in Amsterdam. He has acquired PhD in 2010 at the Vrije Universiteit Amsterdam in the field of software language engineering, in which his current main research interests lie. He has done such research at Universität Koblenz-Landau in Germany (2008–2010) and Centrum Wiskunde & Informatica in the Netherlands (2010–2013). Prior to that, he received MSc cum laude degrees from Rostov State University in Russia (applied mathematics, model checking) and from Universiteit Twente in the Netherlands (telematics, grammar-based testing). Besides hardcore software language engineering with grammar(ware) technology, his interests and research activities tend to invade such topics as software quality assessment, source code analysis and transformation, modelling, metamodelling and megamodelling, programming paradigms, declarative and functional programming, dynamic aspects of software languages, maintenance and renovation of legacy systems and others. He is also actively practicing open science and open research, contributing to a range of open data and open source projects, co-organising and presenting at (mostly academic) events.