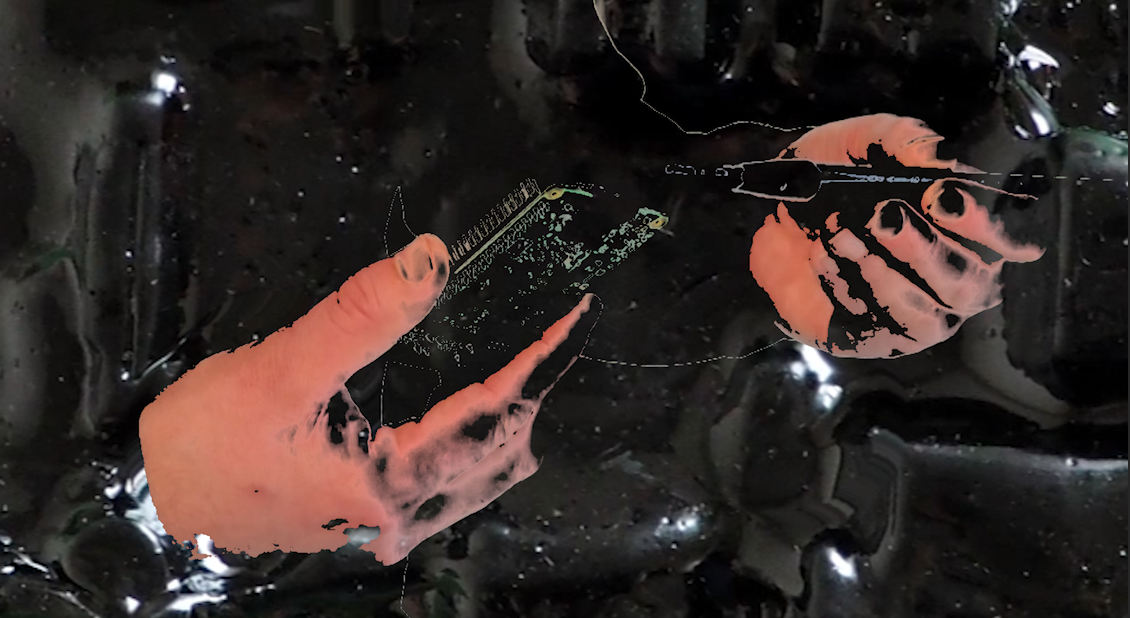 Circulation of Circuits is a research driven initiative by Martijn van Boven, Noortje van Eekelen and Doeke Wartena, together with collective support from an international group of experts from different fields. The initiative aims to develop new perspective on the current European financial system. Reflecting on the possibility to personalise and customise currency, the group investigates the topic of money and its assigned value.


Using hardware to prototype a new digital currency, the workshop focused on encapsulating value into a physical object. Utilizing Raspberry Pi as a prototype of a currency hardware, the assignment of value was separated in two parts.

During the first part Martijn van Boven briefly presented the project and talked about the research on the possibilities of centralisation of European financial systems, and the distance between the value, assigned at the stock market, with the value of a bank note for each user. This type of value is not related to the physical properties of the object and that is the interesting aspect of customized currencies. A customised digital currency could become usable if the users agreed on the conditions of its circulation – a so-called smart contract.

Speaking about assigned value, this documentary covers the subjects of "digging" – searching for forgotten (de-valuated) vinyl to use in own practice, giving it a new value.

Another documentary tells about stone money of Yap island. These objects are the opposite of coins or bank notes. Large, heavy and not portable – yet this is an actual currency.

As an exercise in creating a smart contract, Martijn asked the participants to imagine a situation when they give their smartphone to another person. The question: What kind of conditions would you introduce?
The imaginary contract pinpoints the concerns of exchanging hardware with personal content on it. First of all, it is the permission to view the content – the owner regulates the amount and selection of content to be seen by others. Secondly it is the choice of the method to protect the content – is a password enough? If a password is enough, how should it be introduced? In a further discussion some of the participants suggested that the content can only become available at a certain location, or at a certain time, forcing the carriers of hardware-currency to meet, in order to finish the transaction.

Another big subject, related to exchanging digital files is trust. Some workshop participants would trust others enough to let them look at everything on their device, but the real question is “What can be done with the personal information and files, kept on a smartphone?” Defining or limiting the possibility to share files or using them to masquerade as the device owner are really important components of a smart contract.

Part 2 – Assigning the value through hardware and its physical limitations

As a follow-up to the discussion, the workshop participants worked on implementing some of the discussed functionality/limitations on Raspberry Pi’s.

The Pi’s would transmit the content only on pre-written conditions, when the software would define the functionality of the hardware. Although the software could be re-written, the hardware, carrying a contract would have various limitations, preventing that from happening. For example, encapsulating the Pi in liquid rubber would make it impossible to assign a new functionality.


The act of encapsulating transforms hardware into a computational currency, which is also an object. There is a large variety of money – from bank notes to stones, from round to octagonal or the ones which have holes in the middle. Metal, clay, stone, paper, plastic, hardware. All of these are physical objects, carrying an assigned value. What is really interesting is the question how the currency would function if the value is assigned to each piece of hardware individually, thus creating a circulation or a dialogue.