Difference between revisions of "Metahaven" 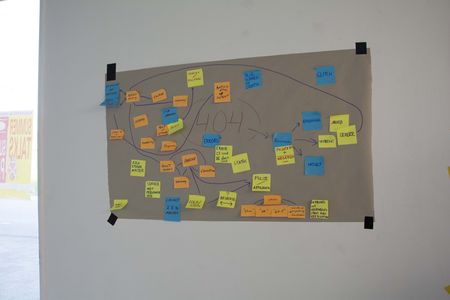 Metahaven is a studio for design and research based in Amsterdam. Since its launch in 2007, the team — founded by Daniel Van der Velden and Vinca Kruk — has pursued collaborations with organizations that traditionally don’t seek out graphic design as a platform or medium. Examples include the whistleblower platform WikiLeaks, the Icelandic Modern Media Institute (IMMI), and the diplomatic advisory group Independent Diplomat. An interdisciplinary group of writers, editors, critics, and curators, the collective has been able to expand upon the foundation of designer as form-maker and break free from the traditional confines of the studio. Its avant-garde aesthetics and intellectual approaches have lead to exhibitions at the Walker Art Center, the Cooper-Hewitt National Design Museum, and the Museum of Modern Art in New York. Metahaven has also written extensively about the internet as a political and creative space.