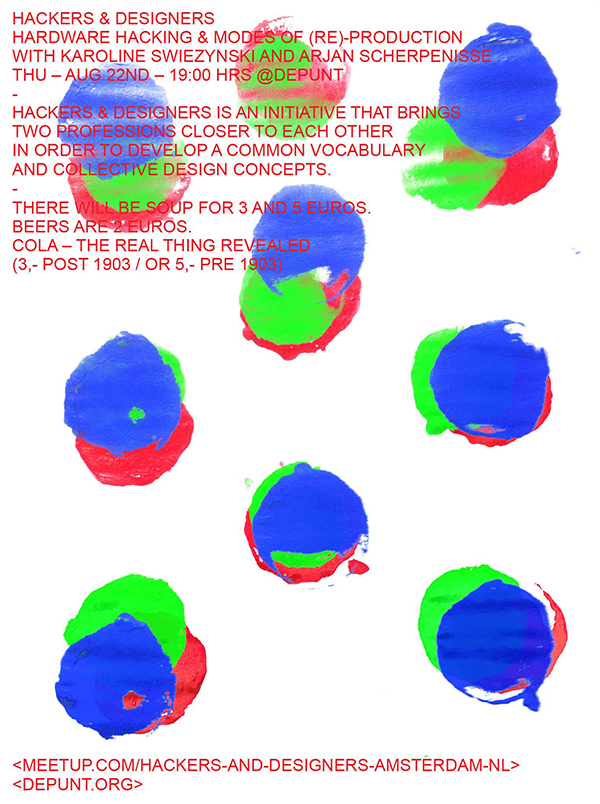 The second event by Hackers & Designers was dedicated to hardware hacking and consisted of two workshops. First workshop was conducted by Karoline Swiezynski (http://looklooklook.org/). Karoline is an Amsterdam based graphic designer, graduated from the Rietveld academy in 2011. Her lightening workshop was about looking closer at stencil printing, preparing for an upcoming hands-on printing workshop @DePunt.

The second workshop was by Arjan Scherpenisse (http://miraclethings.nl/) – an Amsterdam based freelance developer and educator with a masters from UvA and bachelor degree in Unstable Media / Interactive Design from Rietveld academy. His lightening workshop was dedicated the use of Arduino. 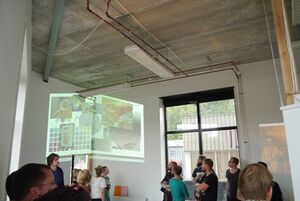