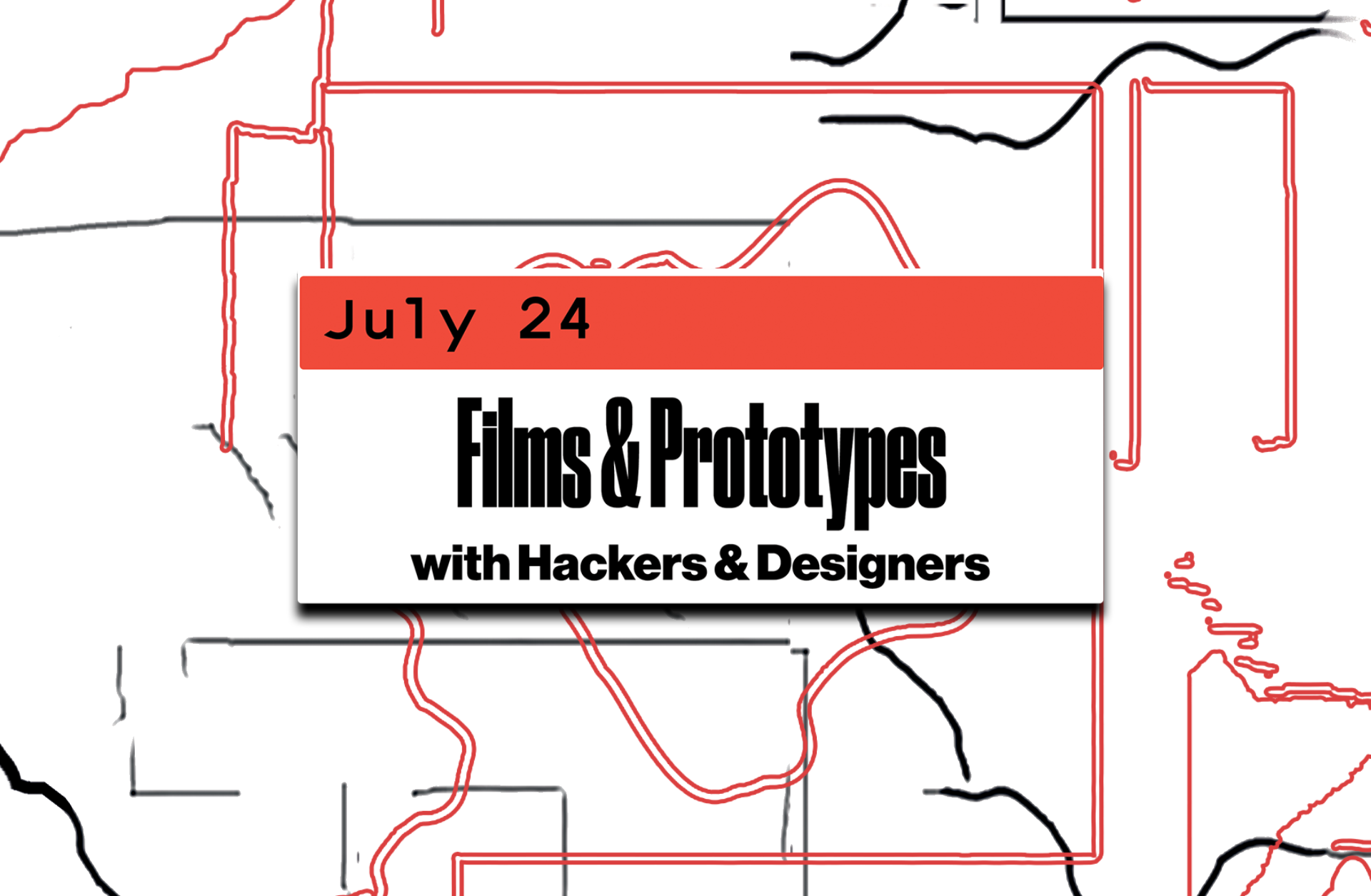 As the 2019 Summer Academy came to a close, we organised a film night and prototype evening to share what the participants had been working on during the course of two weeks of workshops.

The evening began with a public presentation of all the prototypes that workshop participants had been building during the summer academy: heart sensors, tech pain survival objects, GAN generated Bob Ross, and all kinds of wearables! Visitors were invited to talk to the participants about their projects and test them out for themselves.

Following the prototypes presentation, we screened two films that related, in their own ways, to optimisation and the impact of it on our bodies and our environment.

Reach, Grasp, Move, Position, Apply Force by Kajsa Dahlberg For more than a century, film has been used in experiments to understand and optimize our movements. Systems like the Methods–Time Measurement marked a radical shift in attitudes towards manual labour by focusing on the efficiency of human movements. In Reach, Grasp, Move, Position, Apply Force, the production of the video itself is used as a starting point to examine the negotiation of time in labour today, from Amazon warehouses, Apple manufacturers in China to smaller-scale service industries such as freelance translating and parcel delivery. In this sense the film reveals its own working conditions. But it is also about the relation to time in film and hence about the negotiation between the audience and the film itself.

The Inner Life of Exterior Plants by Juan Arturo García Within a banana plantation and a botanic garden, an expert is challenged to discuss contemporary trends in gardening, scientific classification, and migration by a poignant interviewer. The hidden politics of the expert’s knowledge are uncomfortably exposed and confronted with reality, as he renders himself suspicious of his own language.