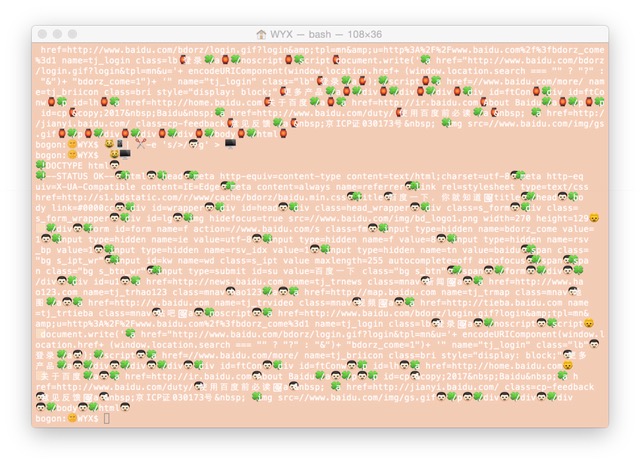 Here you'll be given a quick Terminal tutorial outlining some introduction commands and inputs to give you a better grasp on the command line.

Following the instructions below in order will give you a step-by-step instruction that should get you up to speed with the basics of using the Terminal.

The traditional Unix commands have been translated into emoji in order to call to question the arbitrary English based command naming conventions, being replaced with the pictographic language of emoji.

You will need to download a bash script and execute it to make the emoji commands available. Here is how to do this...

On Unix based systems like Linux or Mac OS, you are a user 🙋. To find out who you are you can always ask!

Directories are folders 📁. When you open the terminal you are in your home 🏠 folder or directory. If you get lost you can ask!

You can see the contents of a 📁 by listing them.

Navigating to a new 📁

To go down the tree.

Putting some stuff together 🤔

You can create an empty file by touching 👈 it and naming it.

Let's make a second earth, see if it's created and then delete it.

You can send output from one command into another with a pipe |. What does the following do?

Put some stuff together...

Now create your own commands, and we'll try to guess what they do!