What happens to a radio transmission? This question repeats itself as I continue to research the medium. Since Planck’s Law proposed in 1900, physics provides many explanations for the behavior of radiation. The technical aspects of most of these explanations exceed my basic understanding of the phenomenon. As users of communication technology, we accept that a signal is sent and received. But, what happens between these two points of contact? Does the transmission, measured as a shift in the electromagnetic spectrum, simply disappear, dissolve, or evaporate? What if some aspect of a transmission remains, no longer harnessed to a carrier wave? Could it be a residue that we do not have the tools to measure or record?

Since the very first radio transmission (reported to be a recording of Handel’s *Messiah* broadcast by Reginald A. Fessenden in 1906), the basis of this hypothesis is that all radio transmissions continue to exist from the point of broadcast onwards. As artists, we are free to speculate and explore the consequences of this hypothesis as we are not bound by the needs for proof that define scientific research.

Radio Kootwijk is the site of the now-defunct long and shortwave transmitting stations built to establish wireless contact between The Netherlands and the rest of the world. The transmitters were active for part of the first half of the 20th century. This was before the laying of the transatlantic telecommunications cables and the invention of satellite technology. It was through the long wave transmitter, housed in Building A at Radio Kootwijk, that the first wireless telephone contact - the voice transmitted by radio waves - was established with with Indonesia and the Dutch East Indies.

The Dutch built a corresponding transmitter in Malabar with the same capabilities. No recordings of these early telephone conversations between The Netherlands and Indonesia remain. Instead, the era is captured by a popular Dutch *levenslied*, which translates as ‘a song about life,’ recorded by singer Willy Derby. Released in 1929, the song is called *Hallo Bandoeng* and sold over 50,000 copies, which was unprecedented for the time.

The lyrics tell the story of an elderly woman who spends the last of her savings to hear her son’s voice for the first time in four years (a voice call cost as much as a week's worth of salary in those days). At the time, many young Dutch men had relocated to Indonesia for marriage and trade with the Indonesian elite. The woman makes contact with her son and the usual formalities ensue until she hears the voice of one of her grandchildren who she will never meet. The grandchild greets her on the telephone in Indonesian - "tabe, tabe," and she collapses crying. The last version of the refrain is different to the rest of the song. The son calls his mother back months later, but only hears sobbing on the other end. The last sentence describes the old woman’s death and her grandchildren calling "tabe, tabe," as if the telephone connection offered a means of communicating with the dead.

Now, walking through the empty buildings at Radio Kootwijk, I wonder about the electromagnetic residue of all that sobbing transmitted between here and Malabar. What kind of effect does it have on the present? 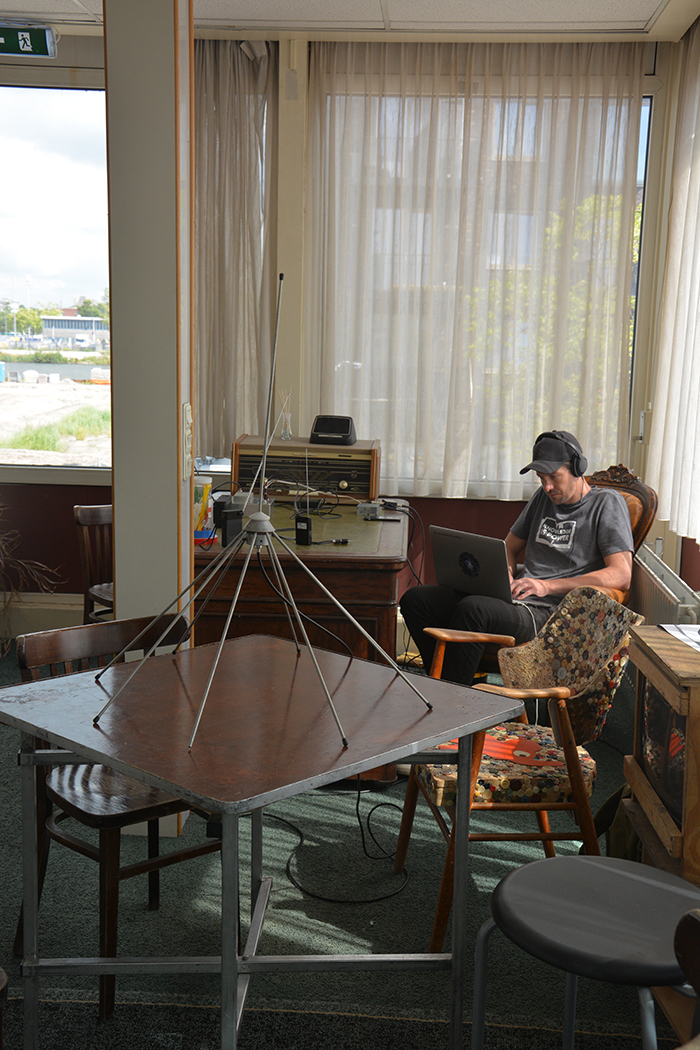