What role can peer-to-peer networking play in the context of temporary, distributed, and informal education?

We based this year's Summer Academy on the idea that, if each participant had a computer and that computer was connected to the Internet, we could create a sufficient distributed learning environment. With this model, process documentation was also distributed. We created a system whereby participants, workshop hosts, and facilitators alike could share their files with each other and to the public domain as a form of ad-hoc process documentation:

During the course of the week, as we came in and out of workshops, we made it a habit to regularly "document and publish" → drop files that we created, edited, or copied into these folders so that we could share them with each other and the rest of the Internet. 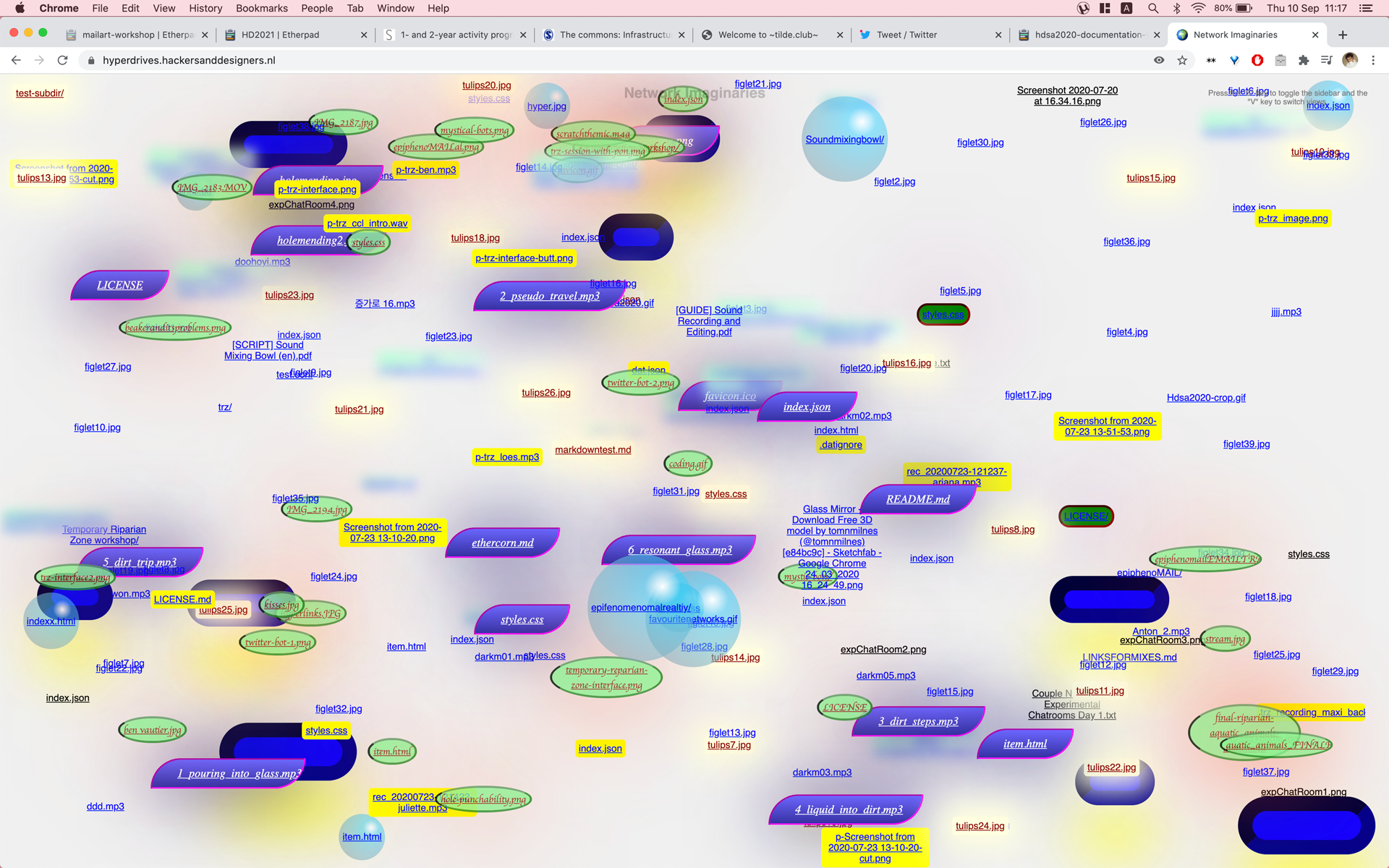 The Hyperdrive Portal was co-hosted, its contents served from several different computers.

In this workshop, we learned how to serve these folders from our personal computers to the Internet. Becoming a server comes with great responsibility, so we took the time to describe the contents of our files where necessary, decided on what licenses to use for our content, and even styled our own corners of the Hyperdrive Portal.

We made use of Hypercore, a data structure and networking protocol that enables computers to share files directly between each other. With Hypercore, a folder on a personal computer is connected to the internet, given a unique public key, and serves its contents to anyone that requests it. Every computer requesting this data acts as a peer, serving this data to the next computer that requests it. There are several ways to serve a folder with the Hypercore protocol. We chose to use Beaker Browser, as it is the simplest and most accessible way to create a Hyperdrive from the time of writing. 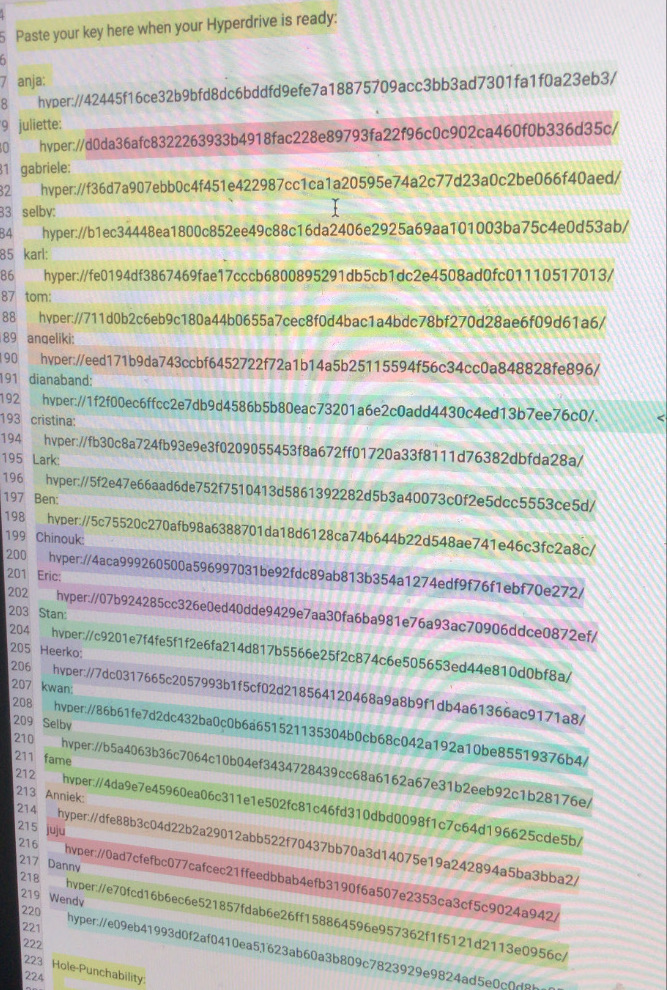 The Hypercore protocol is not supported by normal web browsers, but a part of our documentation and publishing workflow involved our addressing a wider public domain than our own closed network. We made use of the Dat Software Development Kit, an open source library of functions that enables the Hypercore protocol to be integrated in any context that can run Javascript. This means that the entirety of a peer-to-peer data exchange between two computers, from opening ports, to replicating data, to serving that data, can be done in a normal web-browser.

We built hyperdrives.hackersanddesigners.nl using the Dat SDK, and served it from the Hackers & Designers server in Amsterdam Noord. This webpage acts only as a portal, and the H&D server did not host any of the Hyperdrives; it only knew all their keys and served the functions to read them.

The workshop script can be found here: https://etherpad.hackersanddesigners.nl/p/hdsa2020-documentation-workshop

The Network is Ephemeral

The files are accessible as long as our computers are on and connected to the Internet, or another computer is seeding our files. This will not be the case for a long time. We will not be online forever, our folders will change, and so will our computers. Hyperdrives and parts of hyperdrives will stop working, and even break. It is in our network's nature to deteriorate and fragment over time.

Build Your Own Hyperdrive Portal

You can find the code and instructions to build your own Hyperdrive Portal for you and your friends here.