A brief and incomplete history of Eliza Ludd, 1812— by Ollie George 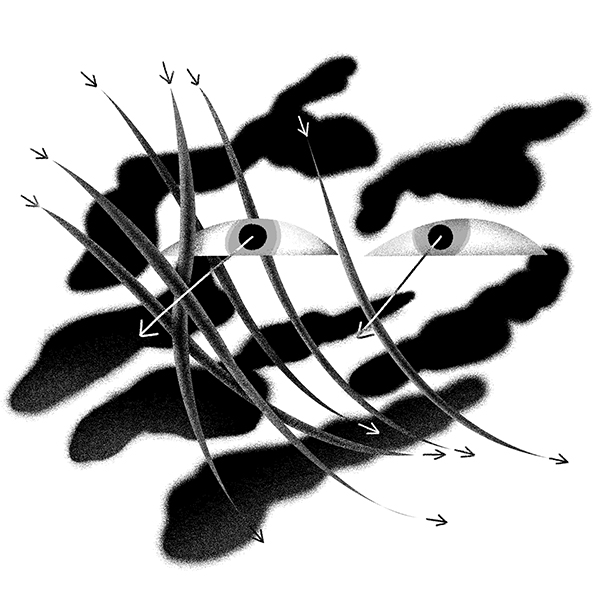 We need to go over Luddism again. The popular narrative that surrounds the 19th century labour revolts is one that reads under the mythical leadership of Ned Ludd. That is: General Ludd, King Ludd, and the Machine Breaker in his many guises. At the depths of the myth, a Ned Ludlam even appears. In every heroic story, however, there gets buried another — the story of an undercurrent. Consequently, whilst addressing such form, let us excavate an alternative narrative and write it back into the Luddite imaginary, so as to re-enchant its rationale. We need not think anew of Ned, but adjacent to his figure. Between the cracks of lost fiction and a tale held captive, one coded body is weaved back.

The earliest record of Eliza Ludd greets us by letter, marked ‘A’ and held inside the UK’s National Archives. The majority of known Luddite literature is stored there, though this entry wields particular interest. Dated April 30th, 1812, its words were authored by the only non-male pseudonym deployed by a Luddite within a letter. Archived within a holding of so-called ‘disturbance’, Eliza’s message remains their only known correspondence across the period of uprising. Their words offered unique awareness and a literacy of politics that its counterparts did not share in — the vast majority of Luddite letters were violent threats. However, in the absence of knowing Eliza Ludd and anything beyond the words written inside ‘A’, their figure remains in the shadow of another.

At the turn of the 19th century in England, the name Eliza had found itself at the height of popularity. A substrate from Elizabeth, a descending trend from monarchy, ‘my God is an oath’ lies at its core. In more recent history, the name Eliza takes on greater significance. During the two years leading up to 1966, computer scientist Joseph Weizenbaum had wrestled with the name of what his life’s work would be given. That which would soon become the first natural language processing program, Weizenbaum eventually decided on ELIZA. He’d taken this from a narrative in literature, the lead heroine of George Bernard Shaw’s play Pygmalion. Eliza Doolittle was a ‘common flower girl’, taught to become civil through lessons of elocution and tales of etiquette. Similarly passive, ELIZA the chatbot would become the first in a procession of gendered voice assistance. Though, a few decades on from the creation of ELIZA, the name returned again onscreen – this time, their body adversarial. A computer virus under the name Eliza began circulating in December 1991, its origin unknown. Eliza is described within viral rhetoric as a ‘non-resident’ and ‘direct action infector’.

And then there is Ludd, the one that follows. This coded body circles reluctantly around its family name, though ours is far from nuclear. The name Ludd is taken most believably as a derivative of lud, or lord, deployed archaically in a room of court when addressing its incumbent power. In German, lud is coded further, a past take on laden: to load, charge or download. Our body is connected, disconnected; Ludd is paranodal, on and off. Then, whilst sidestepping into Slavic tongue, more lines of body are revealed. Ending with a pronounced t, lud describes ‘the people’, as ordinary citizens distinct from aristocracy. A turn further, our gaze ahead and into Sanskrit, lud (or luḍ) remains firm with disturbance: a stirring, an agitation; luḍ is to set in motion, to cover and conceal.

Woven together, the name Eliza Ludd comes to bear the weight of two divergent narratives of power, of imposed submission and collective resistance, all at once. Between lines of code, between an I and the We, we must build a reference architecture for this collective, coded body. Eliza Ludd’s ‘incompleteness’ reads differently: an opening, an open call — an open call to arms. Though, a call to arms is here a call to author. The name Eliza Ludd is open for further incarnation and ‘quasi-insurrection'. Should you choose to don their figure as full profile or faint hashtag, Eliza Ludd maps out a play for the undercurrent, an undercurrency of the people and their lingering resistance to technological rupture. Whilst the machine of progress remains wickedly unbroken, a fix may appear out of the question. Instead, let us fix-ate our gaze, attune its detail, and continue rewriting the dominant narratives that surround our bodies and technology. The coming fog of smartness may well need a counter narrative: no machines broken, but metaphors crushed.

This text was published in Coded Bodies Publication in 2020