Images and the Dead in the Digital Age

The following text is an excerpt from a talk entitled “New Image Rights For the Dead in the Digital Age”, held on August 7 2015 at De PUNT Amsterdam, during the Hackers & Designers Summer School.

The Western cemetery model provided a uniform and systematic means of public memorisation, but there has always been demand for an alternative and more personal means of remembrance for the dead. The wealthy had long commissioned post-mortem painted portraits but the advent of photography democratised family’s abilities to produce such images, and the practice of post-mortem portraiture became widespread throughout the nineteenth and early twentieth centuries in Europe and America. Many of these images were highly personal and incorporated the interests of the decedents and often involved elaborate mechanical devices in order to allow the deceased to be posed in a photograph with surviving relatives.

In Western culture, photographs of people during their lifetime have always played a significant role in the period of bereavement following their death. Before the invention and especially spreading of photography in the mid 1800’s, memorabilia of the deceased took the shape of paintings, drawings, and sculpture, which depicted the subject as living: to preserve the deceased and keep her or him in memory in the case of death. The Pre-Mortem photograph differs in the anticipation of oncoming death from a normal portrait, to ‘secure the shadow, ere the substance fades’, or, as photographer Ann Cook put it in an newspaper advertisement to attract customers in Hull in 1847’, offers portraits of father, mother, sister and brother ‘which you can look upon with pleasure, when the grave covers the original’. 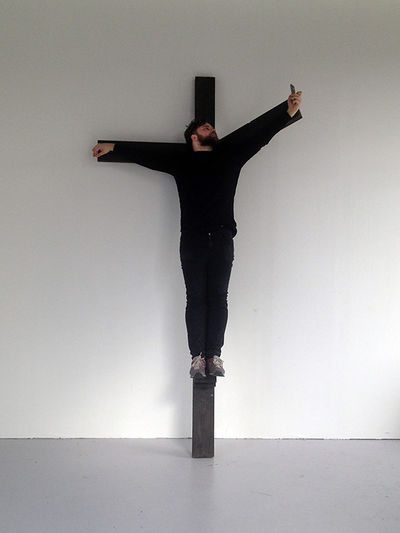 Pre-Mortem photographs were converted into memorial portraits which found a place on diverse media varying from life size prints, to carte de visite, a small print on thin paper attached to a slightly bigger but thicker paper (usually 54 mm x 89 mm). On these cards it was common to have the name of the deceased and date of (birth and) death, accompanied with a short text from the bible or a few lines of conventional verse. The service of memorial photographs following a death grew and opened the door for the exchange and circulation of the images. The bereaved would receive sheets of the photographs and could order copies to send to family and friends. In exchange they would/could receive photos of the deceased taken by friends while they were still alive. Representations of the deceased were so circulating within a group of bereaved. Exchange and circulation of memorial photographs created mourning groups, so to speak a community.

With the invention of the collodion process in the 1850’s it was possible to keep glass negatives, which could be stored in case a copy is required at some later time. The storage of glass negative plates includes a space problem (and it was about to calculate if it makes sense to keep each plate. But it was a regular thing to be asked for more ‘back orders’.) Commonly the slogan of a Carte de Visite’s backside became now: ‘Copies can always be had’. Thus representations of the deceased in form of a photograph, be it pre- or post mortem, were stored in physical image banks and callable at any time by the photographer.

In some cultures, post-mortem photography is seen as an important part of the rite-of-passage that a funeral represents - a marker of the transition from life to death. this can be seen in increasingly popular personalised funerary and post-mortem customs, mostly notable nowadays in latin america and the US, where the deceased is “laid out” in an elaborate setup as a means of reflecting their life and passions. Nowadays images are digital, floating through digital uncertainty. Names became profile names and conventional verses are replaced by hashtags. Still always available but the photographer to ask turned into a Wifi-connection. Slogans like ‘Copies can always be had’ is now ‘Drag and Drop’.

While still alive a wide range of people compulsively take images of themselves, the Selfie, and upload them to online image platforms such as Instagram. Of course people have different reasons for doing so, but compared to the example of Ash as a result of his, collected history of data, image, sound and video files, who suddenly passed away, then, can the urge of self representation in Selfies not be seen as a self designed memorialisation? As these image were taken Pre Mortem with the difference the missing anticipation of death already knocking on the door, it is more on a long term.

As Vilem Flusser in 1986 explains in ‘The Photograph as Post-Industrial Object: An Essay on the Ontological Standing of Photographs’, that the ‘discovery of silicon ensured humanity from demise, as an “aere perennius”, something that might resist entropy better than bronze’ and so he predicted that the digital photograph would ‘outlast the human species’. As Brooke Wendt points out in her dissertation “The Allure of the Selfie: Instagram and the New Self-Portrait”, 2014, ‘friends and families who have passed away seemingly live forever on their user profiles, as though embalmed with data’, and that we ‘could even say that Instagram users create and carry their own virtual tombs’.

A Carte de Visite is replaced with a digital device. The color fading of the physical photo and the decreasing quality of ordering a copy (not from a sheet but from a photo) of today lies in image compression. They are stored in memory. And they might come back to haunt he ones around us. Several examples exist, in economical interests like Joan Rivers, who 3 days after her death, kept promoting the iphone 6 from beyond the grave on twitter and Facebook. For this an agreement must have been made on forehand. But without an agreement or in case of an unexpected death, the situation changes and gets more serious.

The fact we can share images easily also bears difficulties concerning ethical and lawful issues, of course, but with new directions concerning the dead (crime scenes, medical examinations, there are photo communities that share official images, trying to stay a closed community, but rings do leak). In the case of Nikki Catsouras, who died in a car accident in California in 2006. The coroner wouldn’t allow the family to identify their daughter’s body, as the accident was so gruesome. A police officer took photos of the scene, as standard procedure, which later leaked on the internet. The family of the deceased received anonymous emails with copies of the photos with misleading subjects such as “Woohoo Daddy! Hey daddy, I'm still alive.”. The family sued the California Highway Patrol and two responsible officers responsible for leaking the photographs. One of them quit, the other got suspended for 25 days without payment. But the Judge ruled that the two were not under any responsibility for protecting the privacy of the Catsouras family, effectively ending the basis for the case. In 2008 he ruled that while the dispatchers' conduct was "utterly reprehensible," there was no law that allowed it to be punishable. The family tried with professional help to get the images deleted from the internet, but they kept on spreading. It took unit 2012 until the family and the California Highway Patrol came to an agreement on paying the family 2,37 million in damage. The case heralds a new era of image rights of the dead concerning privacy. 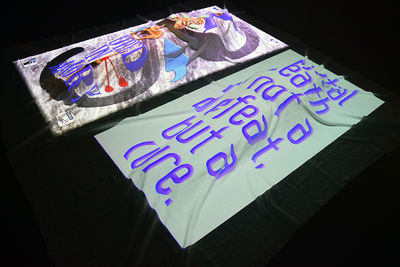 California law expressly provides, with limited exceptions and "notwithstanding any other provision of law," that no copy, reproduction, or facsimile of any kind shall be made of any photograph . . . of the body, or any portion of the body, of a deceased person, taken by or for the coroner at the scene of death or in the course of a post mortem examination or autopsy made by or caused to be made by the coroner. As the facts revealed in the photographs were also private because, survivors have a privacy interest in the body — and in facts about the body — that they must inter. Crucially, the photographs disseminated by the officers revealed intimate, gruesome facts about Catsouras’s lifeless body that were not public knowledge.

Death, that resulted in legislation making photographing a corpse, is seen as a misdemeanor offense "except for certain legitimate purposes." This gives, the dead person is subject to fundamentally different image regulations than when they were alive.
Fines would range from $50 for a first offense and go up to $5,000 and six months in prison for a third violation.
The only situations explicitly mentioned in the bill that would be exempt from the law's reach, are photos taken in the course of law enforcement investigations, medical examinations, and funeral services.
Whilst legislation and codes of conduct like this have always existed, the development of technology that allows sharing with a wide and often anonymous audience quickly and rapidly has changed the implications of such photographs taken and shared by officials/passers by.

As in this case it was officials by the state taking the photos, meant to be kept away from the public eye. That does not include passengers or journalists. Aleksandrija Ajduković takes photos of crime scenes for the local newspaper she works for. According to her, “These photographs have proven to be more close to life, the situations happening around crime scenes are situations like for example a case during a suicide attempt of one young man, when one passer by photographed her children with all the commotion in the background” and sees these kind of circumstance as a “ very inspirational for experimental photography which I am doing in the field, following the crime scene news, but also photographing the situations from a different, wider perspective, so that besides the actual situation the frame contains my self-portrait or some of my accessories, e.g. shoes or similar. I even sometimes ask my colleagues to photograph me while I’m photographing a certain situation. The project is realized through cooperation with the local newspaper. This project reflects my radical attitude about reality.”

These two extreme examples are our starting point for a next aspect to researching on digital death. Both show a new way of “memorialisation”, one without control and one going beyond the family and friend based one, potentially exposed to a larger audience, due to digital technology and especially our digital image and image sharing society. They are in contrast to planning a possible afterlife by ourselves.